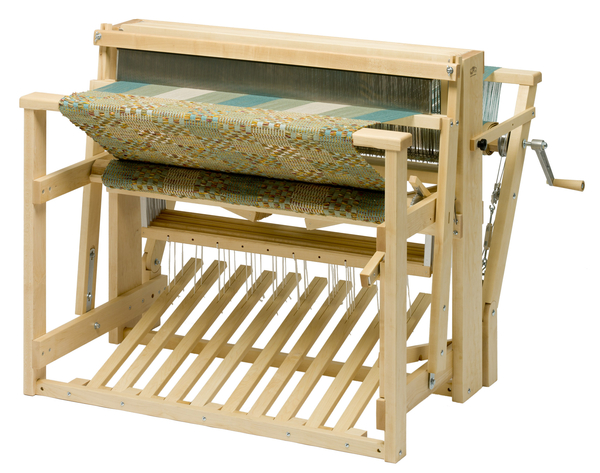 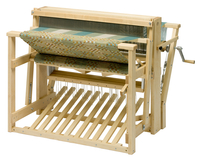 Schacht's Standard floor loom comes with a high castle loom and includes a storage tray with holes drilled in the top of the castle uprights for the swivel pin of an extension lamp.

The Schacht Standard floor loom has an under-slung jack mechanism to raise the shafts. The jacks pivot from two points equidistant from the center and lift the shafts by pushing up on the center point. The looms employ a parallel lamm system which gives a light treadling action. Because of this parallel lamm, it isn't necessary to adjust the tie-up cords.