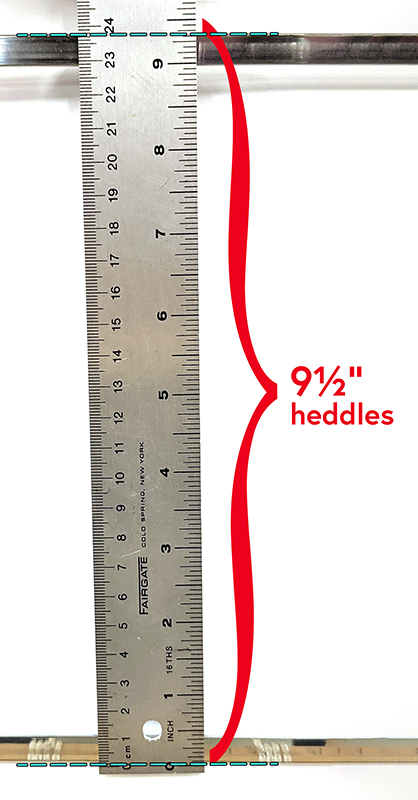 Heddles are all measured from end to end, based on what will fit on the heddle bars. To figure out which size heddle you need, first measure your loom's heddle bars from the top of the top bar to the bottom of the bottom bar.

The heddles you need will be a little bit longer than the distance you measure (to give them space to move back and forth).

How to Measure Heddles

Heddles are also measured from end to end. In this case, they are measured from the inside of each heddle end - in other words the part of the heddle that the heddle bar fits through. The following image shows how to measure an inserted eye (or twisted wire) heddle.

Flat steel heddles have a bit of extra metal above and below which are NOT counted; again, just measure the inside part of the hole. 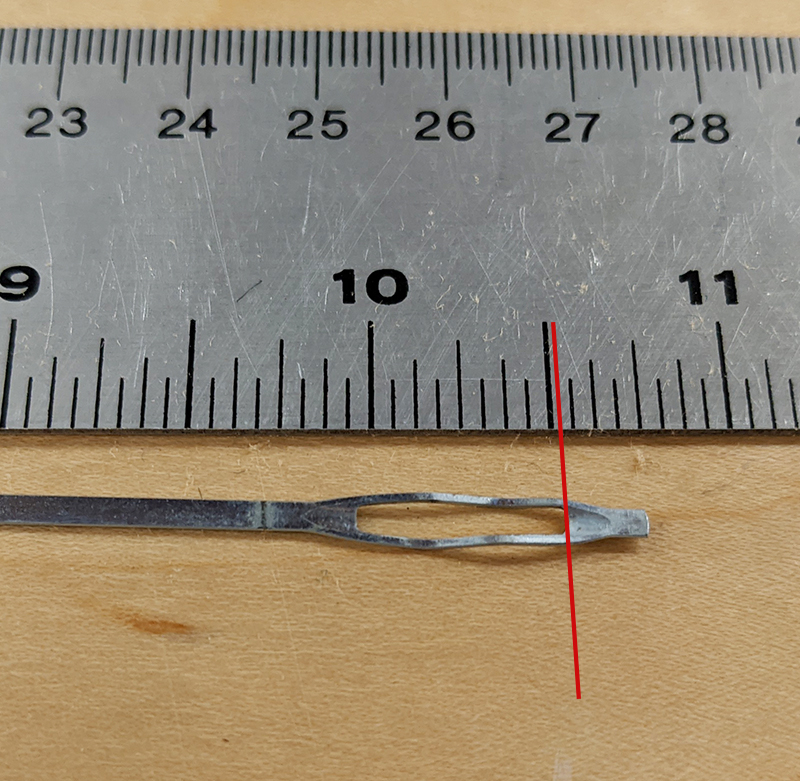 Texsolv and string heddles are measured from the top to bottom, inside the tied portion of the heddle. It is important to measure a single heddle rather than a bundle because you will not be able to stretch it out to the full length. 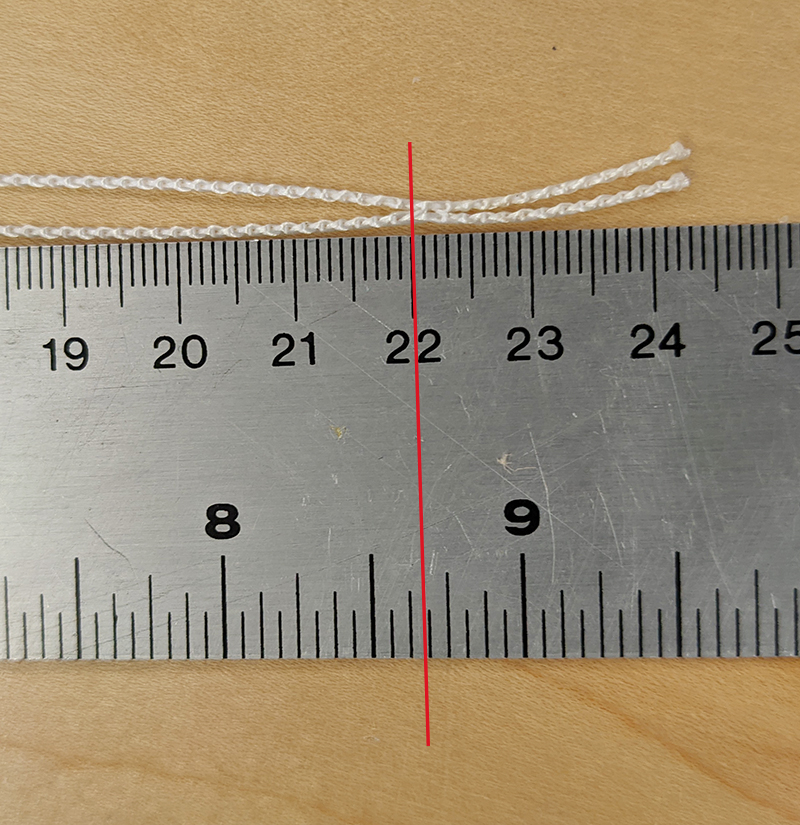 Another important difference is that Texsolv heddles are manufactured in millimeters. It is best to measure in metric so that you do not get confused by rounding difference in inches. The heddle in the image above is 220 mm long, or 22 cm. They are often listed as 8 5/8" which isn't super accurate.