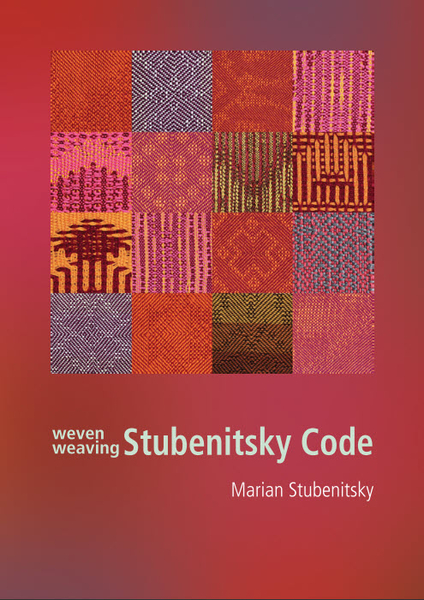 ‘STUBENITSKY CODE’, the new book by Marian Stubenitsky, is about weavings with only one tie shaft.

The principle was already discovered by Marian Stubenitsky in 2001, and thereafter developed to twill-and-basket weavings that give the possibility for bigger patterns, even on relatively few shafts. Other weavings are also presented on 4, 8 up to 32 shafts offering a range of structures: in addition to twill and basket weave also huck, seven structures in one weaving, moiré type effects, deflected double weave and related structures.Everything is described and provided with drawdowns and photo’s.

The book is beautifully designed in full color with a hardcover binding and has approximately 200 pages. It is published in two languages, Dutch and English.